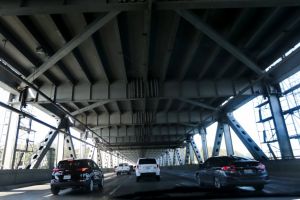 The Bay Area economy muscled up in April to produce more than 13,000 jobs, marking the best one-month performance in four years, a new state government report released on Friday shows. The Bay Area accounted for 29 percent of all the jobs added in California during April — even though the nine-county region has only 24 percent of the jobs statewide.

“The job growth seems to be getting stronger. It looks like it’s accelerating,” said Stephen Levy, director of the Palo Alto-based Center for Continuing Study of the California Economy.

The April employment surge was led by gains in the East Bay and South Bay, the state’s Employment Development Department reported. The Bay Area added 13,300 jobs, while the East Bay gained 3,800 positions, the South Bay gained 3,400 jobs and the San Francisco-San Mateo region added 2,000 jobs, according to the EDD report. All the numbers were adjusted for seasonal variations.