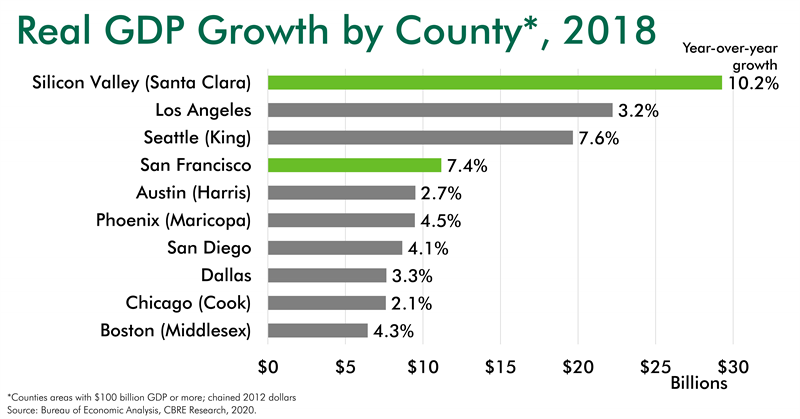 Robust growth from the tech industry powers Bay Area productivity and ranks Silicon Valley and San Francisco as first and fourth for annual gross domestic product growth among major counties. Both counties expanded faster than the U.S. rate of 2.9% at 3.5 times and 2.5 times, respectively. In addition, other Bay Area counties of San Mateo and Alameda also ranked in the top 25 major growth markets. These four counties in the Bay Area increased a combined $59 billion in GDP between 2017 and 2018, the latest data available.