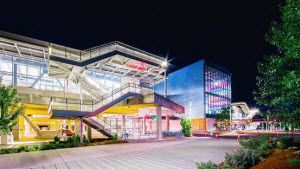 Fast-growing Facebook Inc. is in the midst of a push to expand its headquarters complex
in its hometown of Menlo Park, Calif., a plan for 6,500 new employees that has rankled
some locals frustrated with crowding.

So in an effort to shore up city support, Facebook earlier this month made an unusual
pledge for a tech company. It would build at least 1,500 units of housing, meant not
specifically for Facebook employees, but for the general public.

The novel move is a gesture intended to address a growing frustration in the region: too
many workers, too few homes.

“There is a lack of housing in the area,” said John Tenanes, Facebook’s head of real
estate. “The intent here is to make an impact … it’s to try something new and something
bold and to try to make a difference.”

Under the plan, 15% of the units would be reserved for low- or middle-income families,
and the company is offering numerous other benefits for the city, including millions of
dollars to study and improve transportation. It is unclear whether Facebook or a third
party would develop the buildings, which are located on a site that is currently a set of
industrial buildings owned by Facebook. The timing, too, is uncertain.