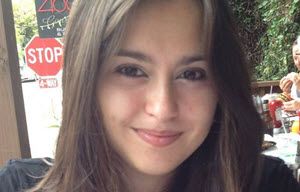 Outgoing Palo Alto planning commissioner Kate Downing stirred up an already heated debated about housing policies by posting her resignation letter. Not all is lost, she said in an interview. Younger leaders are shaking up the status quo.

But last week, it was her voice that went viral after she posted her letter of resignation from the commission on Medium. She and her husband, two professionals, decided to rid themselves of Palo Alto’s high housing costs and move to Santa Cruz, where they could afford to live in a walkable neighborhood.

“It’s clear that if professionals like me cannot raise a family here, then all of our teachers, first responders, and service workers are in dire straits,” she wrote.

The post drew a lot of attention, which Downing hopes will motivate residents most affected by high housing costs to take to care more about who represents them in city hall — as in the people making housing policy.

“I certainly hope (the letter) will be a wake-up call that the only way to have change is to vote,” she said. “People need to pay attention to local government. That’s where the decisions are made that affect them the most personally.”

In her post, Downing rebukes the status quo that keeps Palo Alto exorbitantly expensive, even by Bay Area standards: classic not-in-my-backyard mentality. The city’s council and most vocal residents at public meetings tend to oppose any new housing development, which keeps prices artificially high, she said during an interview with the Business Times.