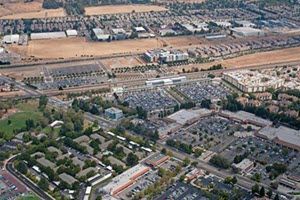 The Bay Area is undergoing one of its strongest growth cycles ever and has become the 19th-largest economy in the world. The East Bay and 880 corridor has benefited from this unprecedented growth and more jobs, development and investment have been flowing into the region. Not all of this growth has been good news. The region continues to struggle with housing affordability and housing shortages.

“I think all of the eyes of the world are on the Bay Area,” Windflower Properties President and CEO V. Fei Tsen said during Bisnow’s East Bay 880 Corridor Update event Tuesday. “The Bay Area economy is still strong.”

During the event, panelists discussed construction and design, multifamily trends in the East Bay and investment and development opportunities for office and mixed-use along the 880 corridor.

In 2017, the Bay Area had a gross domestic product of $748B, an economy larger than Switzerland, said Tsen, who keynoted the event. She said job growth in the Bay Area is outpacing any other region in the country. Next to Boston, it also has one of the most educated workforces, she said.