How A $15 Minimum Wage Will Impact Real Estate 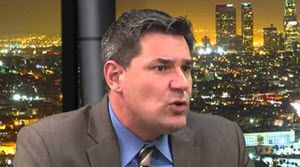 Earlier this month, the governors of California and New York signed bills to gradually raise each state’s minimum wage to $15/hour, a move that carries implications for retail estate.

Beacon Economics principal Christopher Thornberg says the shorter-term impact will be the more dramatic one. In the case of California, that means a statewide $10.50/hour minimum wage for businesses with at least 26 employees that’ll take effect on Jan. 1, 2017.

New York is mandating $11/hour for businesses with at least 11 employees by the end of 2016. For industrial tenants, a $1 increase in the average wage for a 500-employee facility works out to $1M a year added to labor costs, according to a recent CBRE report.

That’s equal to about a $2.08/SF jump in rent for a 500k SF facility. But Christopher expects the most dislocation won’t be seen in industrial sectors, but in the restaurant industry. Some will go out of business, he says, and others are likely to ask for a break on rent from their landlords.

Both California and New York have seen a big jump in their restaurant industries in recent years. From March 2011 to March 2016, full-service restaurant employment went up considerably in both states, according to Bureau of Labor Statistics numbers.