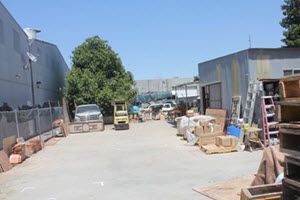 Google’s ambition to build an enormous San Jose village of tech offices is becoming a magnet for more planned development: Two realty firms said Friday they have proposed a million-square-foot campus, in an aging district of downtown along the Guadalupe River.

TMG Partners and Valley Oak Partners, two veteran Bay Area developers, have teamed up on a proposal to build the offices in an old industrial area. The site is close to where Google is considering building up to 8 million square feet of offices, in the vicinity of Diridon Station and the SAP Center. The proposed TMG-Valley Oak complex is on 5.4 acres north of SAP Center.

With this proposal, three distinct areas of potential development — which could total as much as 10 million square feet — have now emerged on the western frontiers of downtown San Jose. Together, they would vastly extend the city’s urban core.