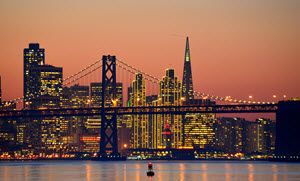 According to a single apartment listing site, that is, and by a margin of only $40, and only for a one bedroom place. And that still puts us as the second most expensive city in America.

Alas, it’s still not exactly manna from heaven for renters looking for relief. And since nobody else agrees, it’ll be a while before we see if ApartmentList was fooled by their sample or are ahead of the curve.

Still, after so many consecutive years on top of every ranking, it’s downright shocking to see the city slip to number two on even one rubric.

ApartmentList’s autopsy of the national rental market in June records a median price of $3,460/month for a single bedroom in the city, and $4,650/month for two. That’s no change from the previous month, but it’s down 1.5 percent from last year. Singled beds in New York are $3,500 on ApartmentList.