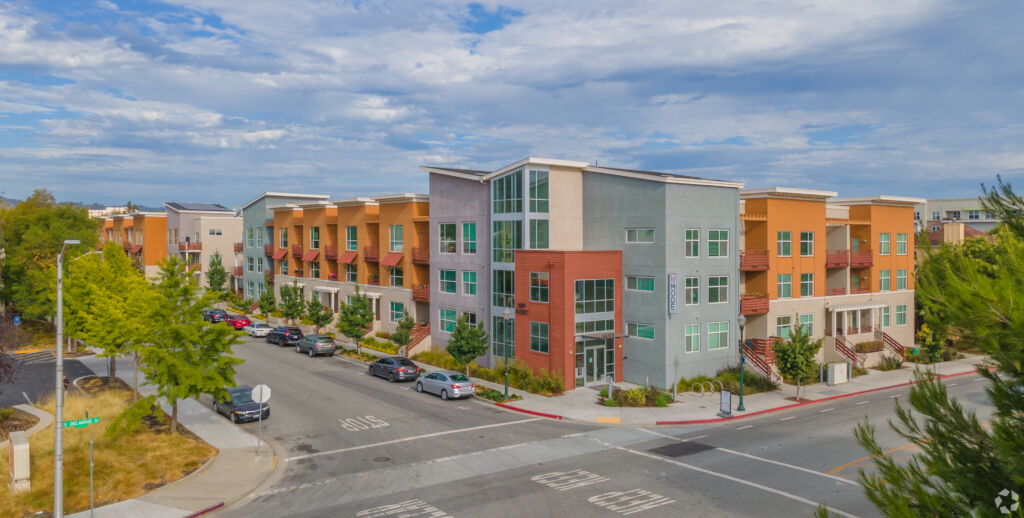 Developer Sares-Regis Group of Northern California has closed on a Silicon Valley apartment complex for an unprecedented local per-unit price, just days after landing a buyer for a property it owned nearby at another top price.

The Bay Area developer acquired the 111-unit multifamily property at 2089 Pacific Blvd. in San Mateo, California as part of a record-breaking $80.05 million sale, according to CoStar data.

The deal, which closed late last month, equates to more than $721,171 per unit. That is the highest per-unit price in theSilicon Valley suburb’s history, and beats its own $633,288-per-unit record back when the property was sold in March2015, according to CoStar records.

The deal comes shortly after Sares-Regis just completed a deal to sell the 90-unit Encore apartment complex in nearbyRedwood City, California for $73.5 million, which reflects a record per-unit price for that city. The company did not disclose whether the deal for the Mode by Alta apartment complex was part of a 1031 exchange tax deal, which allows investors to sell one property at a gain and avoid capital gains taxes by reinvesting the proceeds into a similar property.

Neither Sares-Regis nor Mode by Alta’s seller, investor Land And Houses U.S.A. Inc., responded to CoStar News’ requests for comment.

The two deals, both of which CoStar data categorizes as the highest per-unit price in the history of larger sales within their respective cities, have provided an interesting flurry of multifamily action for the Bay Area. The sector has been extremely hard hit by the coronavirus pandemic, which has triggered a mass exodus of high-paying renters, soaring vacancy rates and the need for landlords to provide unheard of concessions in order to compete for a dwindling pool of renters.

While it is still the most expensive multifamily and single-family housing market in the country, the greater SanFrancisco area has posted rent declines of more than 12 percent over the past year. The average vacancy rate in a region previously consumed by a severe housing shortage is now 11.7%, a more than 6% increase over the same 12-month period.

That market shake up has meant investors have pulled back on a number of deals, especially as financing challenges continue to drag on. For local investors like Sares-Regis and Jay Paul Co., however, that hasn’t been the case.

Jay Paul Co. acquired the 90-unit Encore apartment complex at 849 Veterans Blvd. in Redwood City, California, for $73.5million, according to CoStar. The deal for the property, which was built last year, equates to more than $816,650 for each unit.

Like the latest San Mateo sale, the per unit price for the Redwood City complex is the highest paid for a single acquisition throughout the city’s history, CoStar records show.

According to CoStar data, the current per-unit average for the greater South Bay area is about $537,500.