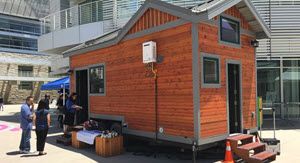 Regionalism, CEQA, community opposition to density and other issues were on the menu of items discussed Thursday at the “Housing 2.0: Reimagining the Housing System in Silicon Valley” symposium held at San Jose City Hall.

The event, organized by the Knight Foundation and other groups, featured three panel discussions with government officials, developers and nonprofit heads.

The first panel, moderated by TechCrunch journalist Kim-Mai Cutler, focused on the lack of regional housing policies as well as the lack of funds to build affordable housing.

San Mateo County has a program called 21 Elements, which facilitates coordination between its 20 cities and county government when the Association of Bay Area Governments hands out housing unit requirements every seven years. Through the program, cities can trade different unit allocations with each other.