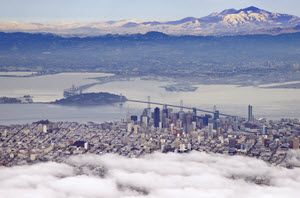 The Bay Area’s economic mega-engine pumps steadily despite the stubborn reality of crisis and insecurity in the realm of housing for the region’s inhabitants. Now that San Francisco has a solid lead in median rent prices over the nation’s major cities and the continued effects ripple into housing affordability struggles across the region, the topic of reaching solutions has been particularly heightened this summer. However, understanding that today’s housing issues have been largely created by a long history of policy and decision-making, is essential to making choices at the present juncture that could lead to more housing equity and stable communities.

“We’ve had a housing deficit since the early 1970s and haven’t built nearly enough housing since then,” stated Matt Regan, senior vice president, public policy, Bay Area Council. “At that time, the Bay Area and coastal cities were five to 10 percent more expensive than the rest of the country. Now it’s 2.5 times more than the average home price nationwide. This has mostly been due to regulations around building housing and job growth.”

An August 25 article in The New Yorker offers a perspective suggesting that the root of the issues go back to 1949 when Paul Oppermann became San Francisco’s planning director and initiated the slowing of housing growth by prioritizing free parking and implementing outdated rules around building lot sizes. Apparently urban planners such as Oppermann failed to foresee the rise in population and economic allure of the country’s major cities such as New York, San Francisco and Washington, D.C.