The Median Two-Bedroom Apartment in S.F. Now Costs $5,000 a Month 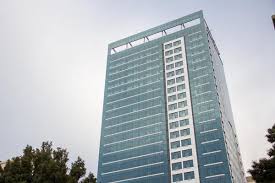 A median two-bedroom apartment in San Francisco now rents at $5,000 a month, one-third pricier than the runner-up New York City, according to the rental website Zumper.
The dubious – and cringeworthy – milestone makes a San Francisco two-bedroom nearly twice as expensive as other major cities like Boston, Miami, Los Angeles and Chicago. The cost of a two-bedroom in the city grew by 19 percent year over year.

A San Francisco one-bedroom costs $3,620, also the most expensive in the country. Certainly, San Francisco’s housing crisis is complex – spinning out of control in part due to a history of underbuilding and a slew of high-paid jobs. As Google (NASDAQ: GOOG) real estate executive Jay Bechtel said this week, “Younger engineers will do anything to stay in San Francisco.” (The third-most expensive city in the country is Google’s headquarters, Mountain View, according to Zumper.)

But San Francisco is an outlier for another reason: The gap between a one-bedroom and a two-bedroom is much wider than any other city. Anecdotally, that pricing underscores a mismatch in the market where more and more people need to pile in three or four people in a two bedroom in order to make it work.