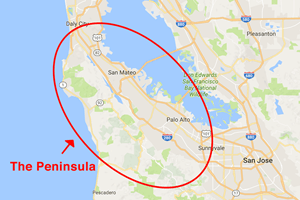 Since the start of the cycle, San Mateo County’s population has grown 7.4%, adding over 50,000 residents, but new housing units have only numbered in the thousands. Developers and cities are building multifamily units as fast as they can, but the region continues to struggle with ongoing issues related to a shortage of housing, strong job growth and traffic congestion.

Developers are focusing on building closer to transit to try to alleviate some of the issues in the region, but panelists at Bisnow’s Evolution of the San Francisco Peninsula event Wednesday said emerging challenges are making it more difficult to meet the region’s housing needs. The event not only discussed multifamily trends but also what goes into planning a campus in the region and why mixed-use projects are becoming more popular.

One way to address traffic congestion is to build near public transit, and many cities, such as South San Francisco, are building up downtowns around Caltrain stations in San Mateo County. Bella Vista Development principal Sam Greason said during the Bisnow event that his company is building a site five minutes from Caltrain in South San Francisco. He said people don’t want to be just near transit, but also close to various restaurants and retail where they can walk home.