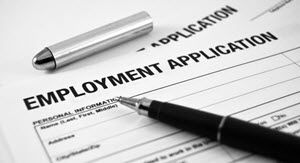 Silicon Valley’s unemployment rate is the lowest since at least the start of 2013.

According to California’s Employment Development Department, the San Jose metro area’s unemployment rate was 3.7 percent in April, down from 3.9 in March and 4.1 in April 2015. The San Jose metro includes Santa Clara and San Benito counties.

The news comes despite a widespread sense that growth is slowing, partly as a result of layoff announcements at companies like IBM, Yahoo and Intel.

“Maybe its not as hot as a year or 18 months ago, but it’s still very hot,” said Ireneo Mendoza, Silicon Valley regional vice president of Robert Half, a recruiting firm that specializes in white collar occupations.

While 1,800 information industry industry jobs were lost statewide in April, the San Jose metro area added 400 to reach a total of 78,600, representing 7.3 percent of the region’s jobs.