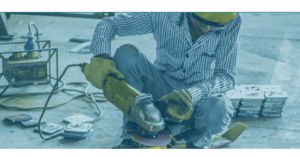 The latest figures released by the California EDD reveal that nonfarm employment in California expanded at a steady pace in October, growing by 23,600 jobs, according to analysis released jointly by Beacon Economics and the UCR School of Business Center for Economic Forecasting and Development. Since October 2018, California has added 308,000 jobs, which is equivalent to a 1.8% year-over-year increase, exceeding the nation’s growth rate of 1.4%.
California’s unemployment rate dipped to 3.9% in October, which represents a new record low. Still, declining labor force growth is a cause for concern. While the state’s labor force expanded for a second straight month, growing by 40,800 workers in October, since October 2018, California’s labor force has decreased by 0.3% or -57,400 workers.
“At 3.9%, California’s unemployment rate has dipped below 4% for the first time …see article >>>  https://beaconecon.com/publications/beacon-employment-report/